Wake Up Early With Hypnosis 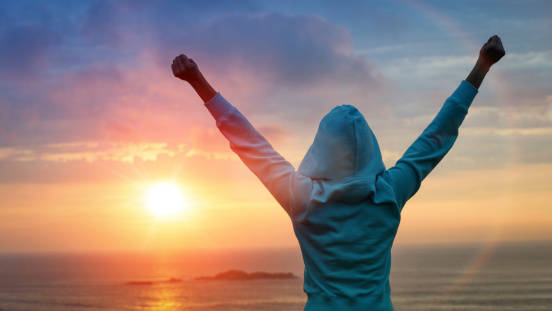 Recently, a gentleman called me up and asked me if I could help him wake up early. His job required him to wake up early – around 5:00 in the morning – and he was getting to work late. He was at risk of losing his job because he was having such a difficult time getting out of bed in the morning.

He wanted to know if hypnosis could help him to wake up early. I explained to him that yes, of course, learning the art of hypnotism would help him get better control of his sleep. Using hypnosis, he would be able to wake up refreshed, energized, enthusiastic, full of life, and ready to take on the world.

But there was also a more common sense solution. He could just fall asleep earlier and get a good night’s sleep, waking up on time. And sleep more deeply and more peacefully. It’s not just the quantity of your sleep – but it’s also the quality of your sleep.

Use Hypnosis To Sleep Better And Wake Up Early

Hypnosis is the ideal way to improve your sleep. When you get a good night’s sleep, it is so easy to wake up on time. You are feeling so good, so energetic. The mornings when it is difficult to get out of bed are generally after a poor night’s sleep. Maybe you got to bed late, you didn’t sleep soundly and deeply, or you were bothered by stress and anxiety.

I explained to man who called me how to improve his sleep, fall asleep earlier and wake up on time in the morning. But he never came in for a session. My guess he was looking for a “magic wand” so he would wake up on command whenever he wanted. But your mind and body don’t work like that. There’s a reason he was struggling to wake up on time. He needed to improve his sleep so he could energetically get out of bed on time.