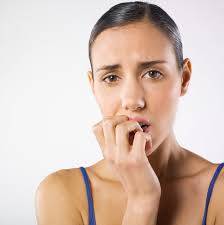 Recently on the popular TV show “This Is Us’, they featured a story line where one of the main characters suffered anxiety attacks. Here is a link to a story and video about the episode. The way the anxiety attack was portrayed was very realistic. It showed how crippling and devastating the effects of an attack like that can be.

But there was also more to the story. The character who had the attack was shown in flashbacks to have had similar attacks when he was younger. When he was a teenager, he suffered through an anxiety attack from all the pressures of dealing with school. It was the homework, the tests, and the schoolwork. But the anxiety also came from the social aspects of being a teenager. As adults, we can look back on that and see that the pressures were nothing compared to some of the struggles and challenges we face as adults. But to a child, these pressures are very real. And can be very heavy.

As an adult, the character was dealing with serious job and income struggles, his father was dying of cancer, his brother and sister had their own struggles, he found out his mom had been lying to him his whole life, raising his two daughters, etc. All of these problems converged at the same time, and he had trouble handling the stress. All of this anxiety caused another attack.

Use Hypnosis For Anxiety Attacks

The best strategy to control an anxiety attack is to nip it in the bud. Take care of stress and anxiety now. Learn to cope with adversity and hardship in a peaceful, constructive way. Hypnosis is an ideal way to handle stress and anxiety. It’s a good idea to learn how to cope sooner, rather than later. From this “This Is Us” episode, we see that the guy had a problem dealing with anxiety as a teenager. And his reaction to stress only got worse as an adult. Don’t put it off and hope it will get better. Face it and deal with it now. Anxiety can even manifest itself as a physical illness. Learn to control your stress and anxiety.