I was diagnosed with MS in 2006. MS Multiple Sclersosis means multiple scars – from all the scars on your nerves in your brain and spinal cord. (For those who don’t know, MS is an auto-immune disease where your immune system starts attacking your central nervous system). And I‘ve done pretty much every treatment and drug and pharmaceutical that the medical industry offers for MS. Some of these drugs have harmful side effects – anyone who has taken them knows what I’m talking about.

Hypnosis To Handle The Symptoms

In practicing hypnotherapy, I know first-hand the power of the mind. I’ve been using hypnosis on myself – and it would have been very difficult getting through this ordeal of MS without using it. The pain (both physical and mental), inability to walk, the stress, anxiety, depression, the lack of sleep – all of these symptoms and effects were vastly improved in so many ways using hypnosis. I can’t recommend highly enough for people to learn how to use hypnosis and the power of their own minds. You can get through the struggles of MS Multiple Sclerosis with hypnosis.

Hypnosis can be used as a treatment for many of the MS symptoms. And here’s an article that explains how hypnosis helped with chronic pain associated with MS Multiple Sclerosis.

As a disease, MS has one of highest rates of suicide because of the view of what the future holds. You are told that is no way you’ll get better, you will just keep getting worse and worse. It’s a difficult prognosis to swallow. 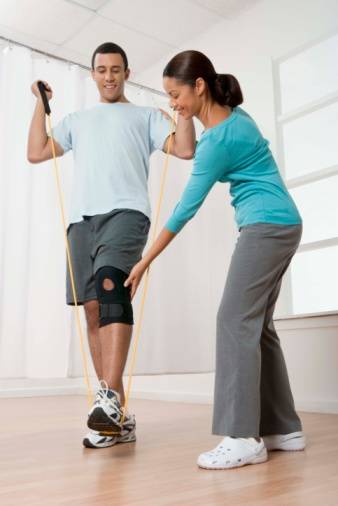 All of these issues and struggles listed above are just the symptoms of MS Multiple Sclerosis. But what about a cure? The medical industry and every doctor will tell you that there is no cure. And we’ve all been conditioned on such a deep level to believe the expertise of doctors. Doctors’ words are so important. They tell you the best you can do is slow down the progression of the disease – and learn to deal with the symptoms and horrors of your central nervous system being destroyed.

What If There Is A Cure?

I recently read a book by Ann Boroch entitled, “Healing Multiple Sclerosis”. A fascinating book – she claims she has the cure for MS Multiple Sclerosis. She cured herself years ago. Her program consists of repairing your digestive system, which will in turn repair your damaged immune system. 75% of your immune system is located in your gut.

Ann’s theory is the digestive and immune systems have been so overworked and confused by enormous amounts of yeast and fungus living in your intestines. And the immune system begins to attack healthy cells in your central nervous system. Her program is about cleaning up your diet – no more foods that feed the fungus – and also killing the overgrown fungus that is already living there. You can learn so much more from her book and website.

Hypnosis To Change Your Belief

The underlying belief I have always had since I was diagnosed with MS Multiple Sclerosis is that there is no way I can be cured – I’m just going to have to learn to live with it. But with new hope and a stronger belief in myself and in my restorative powers, maybe I can be cured?

I’ve been on Ann’s program for almost 3 months – and it may take months or even years to rid my body of all the fungus so that my digestive and immune systems will be again be operating at optimal levels. So then the immune system will get back to repairing the damage, instead of causing the damage.

But I think the most important thing I got from this book is hope – to change my beliefs – that there might be a way – maybe there is a cure for MS Multiple Sclerosis?

Even if fungus is not causing the problem, this concept can act as a placebo to help me change my belief. Does it matter if it’s true or not? Healing is all about changing your beliefs.