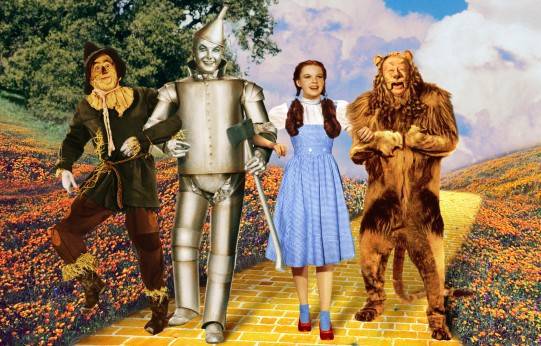 How many of you have skills and abilities within yourselves that you do not know about? The untapped potential within. The dormant faculties you possess that have never been exercised or used. How can you uncover hidden talents?

Maybe you have world-class ability as a figure skater – but you grew up in Florida and never been on ice. Maybe you have the talents of a virtuoso piano player – but you’ve never sat down at a piano. These are just physical skills and talents. And not everyone is born with world-class abilities. But what about the more important abilities and talents – like inner strength, confidence, and courage? How can you discover what you are capable of?

The legendary movie “The Wizard of Oz” teaches a valuable lesson. In the movie, Dorothy, the Scarecrow, the Tin Man, and the Lion all go to the wizard to ask for help. The scarecrow wants a brain, the Tin Man wants a heart, and the Lion wants courage. So the wizard tells them to go out and get the broom of the Wicked Witch. This is a seemingly impossible task, but they go out and do it anyway.

When they come back to the wizard with the broom, he tells them some surprising news. They already had what they all were seeking. The Scarecrow was smart and had a brain, the Tin Man was sensitive and had a heart, and the Lion was brave and already had courage within. All three of them just didn’t know it. They all just convinced themselves that they didn’t have it. And in the wisdom of the wizard, he knew that by sending them out on a task like that – they would all rely on their powers within. And they would discover their hidden talents and strengths.

Maybe that’s why you are given conflicts, adversities, and struggles? Maybe you need to overcome these challenges to truly grow.

Just like in the Wizard of Oz, you might be asked to overcome impossible odds and suffer through the adversity so you can uncover hidden talents. So you can see what you’re capable of. So you can see how strong, confident, brave, and talented you truly are.

You’re not asking for the pain and struggle – but maybe it’s given to you for a reason.

As Glinda the Good Witch said, “You’ve always had the power, my dear. You just had to learn it for yourself.”