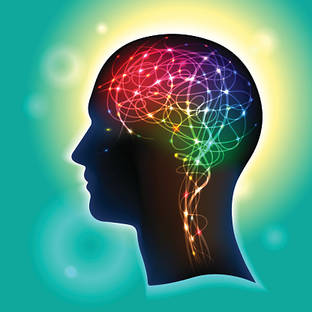 There is an entertaining show called “Brain Games” that airs on the National Geographic Channel. You can learn some interesting facts about your mind.

I just watched a good episode about sleep that aired on 6/28/15. It really showed the value and importance of sleep to the health and vitality of your mind and body.

They performed an experiment where they deprived 3 volunteers of sleep for 36 hours. You can watch this clip from the episode. It showed how your mind and body’s performance suffers from a lack of sleep. From this experiment, you can see that reaction times, memory, cognitive abilities were all significantly impaired. (Except short term memory – which actually improved, surprisingly).

Beware Of The Lies

Some of these episodes are well done. But there is one flaw or lie that they keep talking about. They always talk about the brain as being in control. It’s always the brain does this, the brain does that. But it’s your mind that does everything. The brain is just a tool your mind uses. It’s not the brain that is in control – it’s the mind. The brain is just an organ – like a heart or liver. A very important and vital organ – but still just an organ. It’s the point where all the senses and nerves come together. But the brain does no thinking – there is no intelligence in the brain. It’s the higher mind that is in control – the mind that does the thinking. You can learn some valuable information from Brain Games, just beware of the lies.

Brain Games – Or Is It Mind Games?

The name of the show is Brain Games. We’ve all been taught and conditioned to believe that it’s our brain that is in control. Medicine and science don’t seem to have it right. The brain doesn’t think.

It’s not just this show that claims the brain does all the thinking, stores all memory, and is in charge. Watch any show, read any book, listen to any scientist – they all talk about the brain and teach that it is the brain that does the thinking. It’s very rare to hear anyone speak of the mind. Science and medicine are so caught up in the tangible – they have to see it or touch it. But the mind is intangible – it can’t be located on a CAT scan, or MRI, or a microscope. And science will not recognize anything they can’t prove with the 5 senses.

But it’s your mind that does the thinking. Your mind is in control of your brain. It’s a shame that this lie about the brain is the only concept taught and believed.

With hypnosis, you can learn the truth about the mind. And more importantly, learn what your mind really is – and how to use it.

To learn more about your mind, you can contact me.