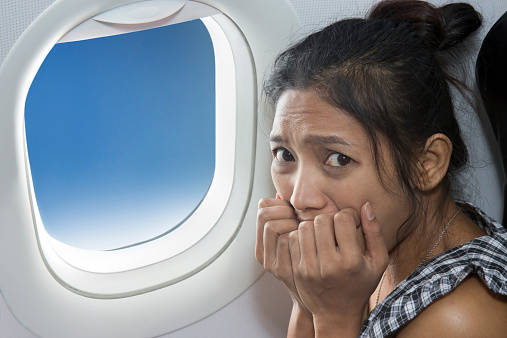 Statistically, flying on a commercial airline is the safest mode of transportation, but yet there still is a very common fear of flying. Think about it – how many commercial planes crash every year? It’s actually very rare. Compare that to the amount of car and traffic accidents. There is a greater chance of being struck by lightning than there is of being in a plane crash. Whenever you fly, you have a one one-hundred-thousandth of one percent (.000014%) chance of dying.

It’s not the rational, logical part of the mind that causes the fear. If you look at the statistics, and think about airline travel objectively, you know how safe it is. So there must be something else going on with the mind that would cause this fear of flying.

Get Control of Your Imagination

In some cases, it comes down to the loss of control. Many people have the fear of flying because they are not the ones in the cockpit. They feel they would much rather be in control than some pilot they don’t know or don’t trust. Some of the crashes recently where the pilot crashed on purpose have only fueled that fear even more.

But in most cases of a fear of flying, it’s the imagination that creates the most fear. People use their powerful imaginations to picture and visualize how traumatic and horrible a plane crash would be. To the deeper and higher parts of your mind, there is no difference between a visualization and the real thing. Your subconscious mind accepts events in your imagination as actually happening. So if you imagine the worst-case scenario of a terrifying crash, your mind and body will respond with fear. And you will create a link between flying and a state of fear. The stronger the emotion, the stronger this association becomes. It is classic conditioning – only you may not realize it. 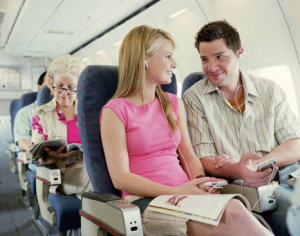 You can use hypnosis to break or sever this association between flying and fear. Instead of air travel causing you to feel terrified, you can train your mind to have airplanes bring you into a state of calm, relaxing peace. You will stop believing the lie that you will die in a fiery crash.

Instead you’ll see the truth that air travel is actually the safest way to travel. You’ll be able to free your mind from the prison you created. You’ll feel safe, secure and relaxed to travel and fly.