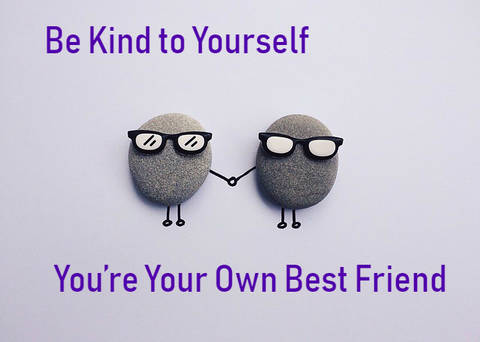 It’s become so common for me to talk with a client and find out that they have not been kind to themselves. They are often brutal and cruel with themselves. The way they treat themselves, their inner dialogue, their whole demeanor towards themselves – it’s just nasty and mean.  While the majority of people are kind to others, they often neglect to be kind to themselves. It is so important to treat yourself right.

Be Kind To Yourself And Treat Yourself Right

A few years ago, I was helping a high school girl with performance enhancement. We were helping her improve her athletic performance playing soccer. We were talking about how she talks to herself and how she treats herself. Both the girl and her mother commented that she is so hard on herself. She attacks and berates herself over the smallest perceived mistakes.

I then asked her how she treats her teammates. And before I could finish the question, her mother jumped in and said that her daughter would run over to her teammate after the teammate had made a mistake. And she would be the first one to say, “It’s no problem, don’t worry about it, we both know you’re a good player…” Just excellent at helping her teammates not focus on the mistake – and help them to get their confidence back.

After talking about it, they both saw the truth – that she should be treating herself in the same way that she treats her teammates.

Instead of being hard on yourself and being unnecessarily cruel to yourself, treat yourself right. Be kind, be gentle, be loving, be easy. Talk to yourself and treat yourself in the same way as you would treat a little innocent 5-year old child. You would give a young, innocent child so much compassion. Why wouldn’t you be just as loving and compassionate with yourself?