HomeInsights About Hypnosis & The MindIndependent Thought 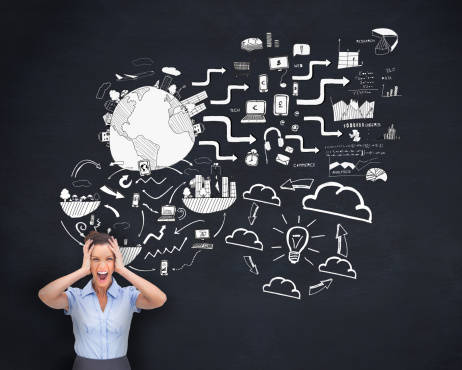 I was recently watching a movie from the 1980’s that I had not seen in years. It reminded me of how we all have to work for our independent thought. This eye-opening movie is called “They Live”. Both the director and the star (John Carpenter and Roddy Piper) have said that “They Live” is more of a documentary than a science fiction movie.

To sum up the plot – the hero, played by former WWF wrestling star Rowdy Roddy Piper, discovers that aliens are living in our world. The aliens look like regular humans unless you are wearing these special sunglasses that the hero finds. He puts the sunglasses on and then realizes how many of these aliens are living in society.

The reason this movie caught my attention was the part where the hero notices all the hidden messages that the powers in charge (in this movie, it’s the aliens) are delivering these subliminal suggestions to the population. Here is a clip from the movie. They don’t want anyone to have independent thought.

Some of the messages being delivered:

Doubt humanity. Doubt yourself and believe in ‘us’ – the powers in charge.

Stay asleep. Be unaware. Just buy and consume and watch TV to keep your mind off the truth.

Money is your God.

Obviously, this is a science fiction way of looking at it, but is this kind of propaganda still be used in our society today?

If this seems too ridiculous and absurd, please watch this video. It opened by eyes about the propaganda that the government is feeding us. Decades ago, as the TV stations were going off the air (around 2:00 AM or so), they would play this video every night. And you can see the subliminal suggestions they are giving – right as you are falling asleep! And subliminal suggestions are much more readily accepted by the mind than direct suggestions. You don’t even realize it’s happening.

Independent Thought – Think For Yourself

So think for yourself – and ask yourself what other ways are the powers controlling your thoughts? What do they want you to think and believe? And are you going to accept it?

Question authority. Don’t just sit there and obey to do what you’re told. The point is not to answer every question – but to question every answer. Free Your Mind from the shackles and chains in which the powers that be want to imprison you. Who are the people in charge? Who are making the rules? Remember the golden rule – He who has the gold, makes the rules.