HomeInsights About Hypnosis & The MindMedia And Mind Control 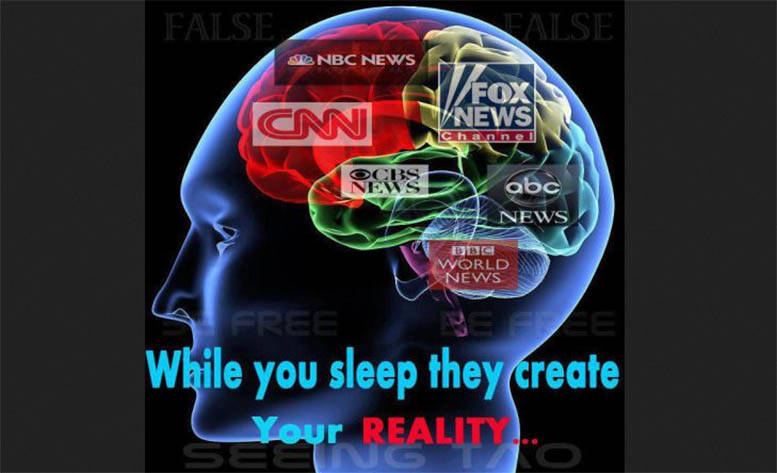 But they don’t do that. They are working for the same people who are in power. Instead of challenging this elite ruling class, the media has just become cheerleaders. The media is not serving their purpose.

The news outlets have just devolved into propaganda machines. They are only telling you what the money tells them to tell you.

Who Are The Media?

Subliminal suggestions are more readily accepted by the mind. So if you are watching a fun show for entertainment, or doing some research on the computer, or just looking around on Facebook, they are able to sneak in the suggestions and lies they want you to believe.

They have gotten into your mind. They are controlling your thoughts, your beliefs, and your actions. And you don’t know it. They are taking advantage of you. And you might love, praise, and cheer for the same people who are telling you to do what they want you to do.

If you’re not aware, you just become a robot – an automaton with no free thought. You just blindly do what you are told to do.

It can get to the point where you unconditionally accept everything the media says. If they say that this person is the greatest politician, or that this event never happened – you just accept it, without questioning. It has to be true – and the media owns you.

Who Determines If The News Is Real Or “Fake”?

Evidently, the same people who have been lying to you are the ones who get to determine if the news is real or “fake”. The same entity that controls the politicians and the government also controls the media. Does that sound right? The media is supposed to be there to protect us from the lies. So is it possible that the “fake news” is coming from the news outlets you have trusted your whole life?

You may have heard that recently, some very high-ranking politicians in the USA and Europe have been blaming the internet for inhibiting their ability to control. So the governments want to censor the news and control the information you receive? They do not want you to learn on your own. They don’t want you to see the truth.

Doesn’t that sound like the same tactics used by some of the most notorious and murderous leaders in history? What ever happened to “free press”?

The elite ruling class, the people in power and the politicians are controlling your mind – and they are using the media to do it. Open your eyes – and take back control of your mind.