Intelligence And Imagination – Two Key Ingredients To Getting Hypnotized

HomeInsights About Hypnosis & The MindIntelligence And Imagination – Two Key... 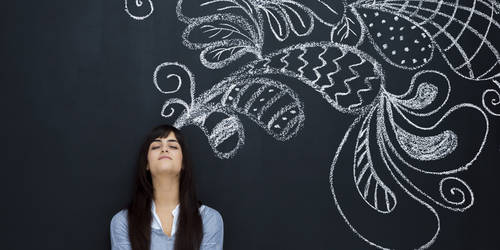 Intelligence and imagination help you go into hypnosis. One of the most common myths about hypnosis is that only stupid people or weak-willed people can get hypnotized. Nothing could be further rom the truth. The more intelligent you are and the better imagination you have, the more easily and efficiently you will go into the hypnotic trance.

When I talk about intelligence, I don’t necessarily mean you doing well in school. Being a good academic student definitely helps, but there is so much more to being intelligent. I’m talking more about your native intelligence Just because you maybe didn’t get the best grades in school doesn’t mean you’re not bright or perceptive. Every person is intelligent in their own way.

Maybe you didn’t get good grades in school, but you are a whiz at electronics. Maybe many of your teachers told you that you weren’t good enough, but yet you have become successful in business. I’ve always remembered this quote from Albert Einstein – “Everybody is a genius. But if you judge a fish by its ability to climb a tree, it will live its whole life believing that it is stupid.”

How good is your imagination? Imagination is the language of the subconscious mind. Your mind understands imaginations, hallucinations, and visualizations far better than it understands words and concepts. When you’re young, someone could teach you to not keep warning others of a danger when there is none. That concept might sink in on a shallow level. But when someone tells you the story of “The Boy Who Cried Wolf”, you understand right away. The story and the visualization teach you on a much deeper level.

Intelligence And Imagination – Harness Their Power

Your intelligence and imagination will not only allow you to go into the hypnotic trance more easily and efficiently. But you will also be able to go into a deeper trance.

So don’t listen to the negative people around you who may have told you that you’re not smart or you have no imagination. Trust in your own native intelligence and imagination. And you’ll be amazed at what you’re capable of.

I’ll end with another quote from Albert Einstein –

“The true sign of intelligence is not knowledge but imagination.”