Escape From The Cult 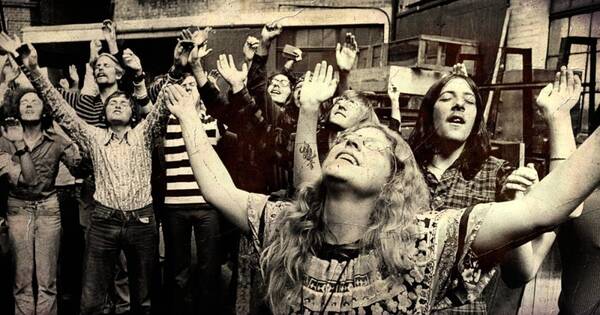 You have seen movies and heard stories and accounts of people joining some sort of a religious cult. Maybe you might even know someone who decided to become a cult member. Some of the infamous cults have been the Branch Davidians and David Koresh in the early 1990s, Jim Jones and Jonestown in the late 1970s, Charles Manson and his ‘family’ in the late 1960s, and more recently the NXIVM. And you probably know stories of how difficult it was for the members to escape from the cult.

But these cults don’t have to be infamous or well known. And many times, people don’t even realize that what they are believing, what they are following, and what they are trusting is actually a cult. But maybe they have been brainwashed by the propaganda?

Is it possible that some of your beliefs and thoughts are actually controlled by a cult, but you just don’t see it or want to believe it? What propaganda do you listen to and trust?

Escape From The Cult Of Propaganda

Look at the way people treat a political party, or a news network, or an activist political cause. And many times, people will hold these institutions in a higher regard than a religion. Notice how some people will react to anyone else who dares to disagree with their chosen group.

How would a brainwashed cult member feel if you told them the truth that their leader was telling lies? So that the narcissistic leader could attain more power and keep control over you? A cult member would not accept that too well because they are so convinced of the lies that they refuse to see the truth. Tell someone that their favorite political party is lying, or that their favorite media channel is not being honest, and see how they react. How dare you question their  ‘great leader’.

Use Hypnosis To Take Back Control Of Your Mind

One of the best ways you can use hypnosis is to learn how to control your mind. It is very easy to get caught up in all the lies and the deceptions. And you might not even realize you are being lied to because you are being deceived by a person or an institution that you trust.

The more prestige the person or the institution has, the more you want to believe them. Maybe a political party or a news network or a political movement has been lying to you without you knowing it? Why is it that so many people talk and believe and think the exact same way with no diversity of thought? Are they thinking for themselves? Or are they brainwashed cult members?

Prevent these people and organizations and institutions from controlling your mind. Think for yourself!! Use hypnosis to see the truth…and escape from the cult.